There are many different drain problems that can arise on a normal residential house. Some are just a simple hair stoppage in a shower or bathtub drain that can be cleaned out with a small cable thru the floor drain or overflow on the bathtub. A lavatory sink with hair, soap or debris can also be easily cleared with cable run through the dirty arm under the sink. Then there is the kitchen sink stoppage that is caused by grease, food and debris. A normal kitchen stoppage can be cleaned out with a cable run thru the nipple in the wall after removing the p-trap under the sink or a cleanout behind the sink. 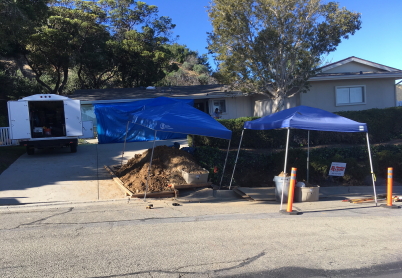 A main sewer drain stoppage can be much more complicated because there are so many other issues that can affect it such as roots, shifted pipe, hardened grease and a variety of other possible obstructions. Recently Rex Plumbing had one of the hardest drains to clear in over 20 years in business. While clearing a residential sewer drain on a customer’s house in Ventura, the cable became lodged in the drain and literally had to be pulled out with a work truck dragging the cable.

After a few more tries and also getting stuck several times more, the drain still was backed up. The main sewer stoppage was cleared temporarily using a trailer mounted hydrojetter by a sub contractor who works with my company. An estimate to replace the drain from the house to the inside of street curb was submitted and accepted. 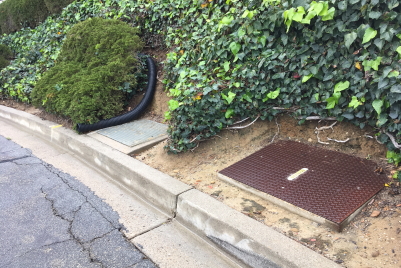 The following day a permit was pulled to replace the main sewer drain outside of the house using a pipe bursting method. By using this method also called "Trenchless Pipe Bursting" we were able to replace the drain in a matter of days with very little damage to the property. A total of 63ft. was replaced with permit, inspected and buried with the homeowner having their sewer down for less than 4 hours. Also, all the work was completed during a heavy rain storm that we rarely have locally. 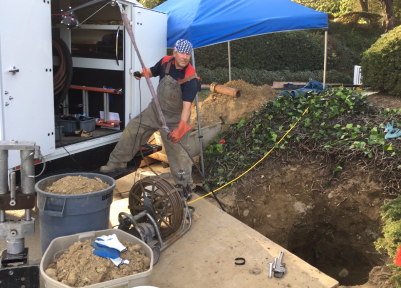 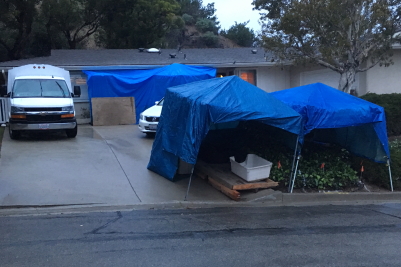 One important aspect of the job was locating any utilities that may be in the area of work. This job was especially difficult because the main sewer drain ran directly on their property under SCE and ATT cables for the whole residential area near the inside of the curb. Dig Alert was called before any excavation could be done and all exact locations flagged or painted on the street with proper markings. There was major planning involved before work could proceed safely. It also turned out that the main trunk for the entire SCE and ATT ran thu not one, but eight conduits directly over the sewer drain that was to be replaced, leaving less than 4 inches of clearance between the utilities and the top of the new drain being replaced. 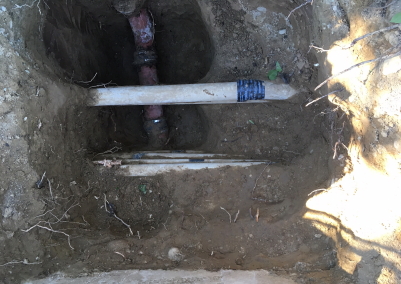 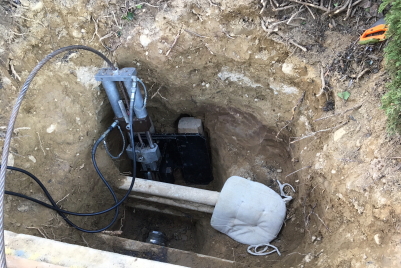 Skilled Plumbers Adapt to the Job

What makes a good service plumbing company is to always be able to adapt to whatever problems may arise during a job. After installing the drain and connecting to the existing sewer from the street, there was further root intrusions prevented us from doing a thorough job. 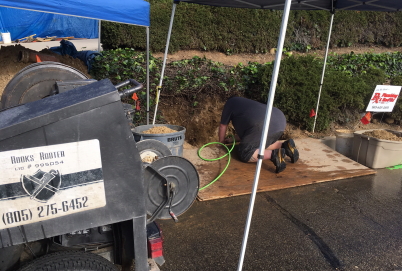 Again, a cable was run through a test tee near the street curb to clear the remaining roots in the street before inspection and burying the new drain. And again, the cable, with blades to clear the root intrusion, became lodged in the drain and had to be pulled out by a work truck. A hydrojetter was also used again to clear the remaining drains in the street of major root intrusion. A camera was run inside the drain and located one last major shifted pipe with roots. This area was still assessable from the existing excavated hole. Further work was completed on that last problem area, which also passed inspection, and the complete job buried once and for all! 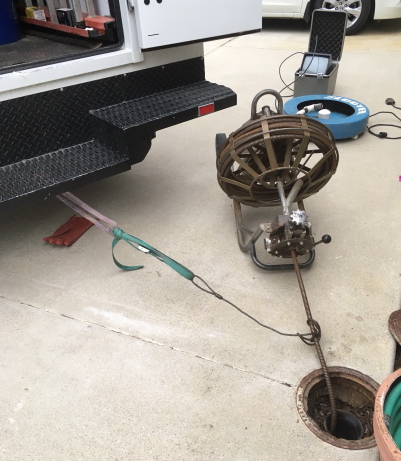 This project required the use of nearly every skill and tool in the plumbing aresenal. This was also a great example of a project that could have been complicated further than necessary and been more expensive if it were not handled by a plumbing service as skilled and careful as Rex Rooter in Ventura.